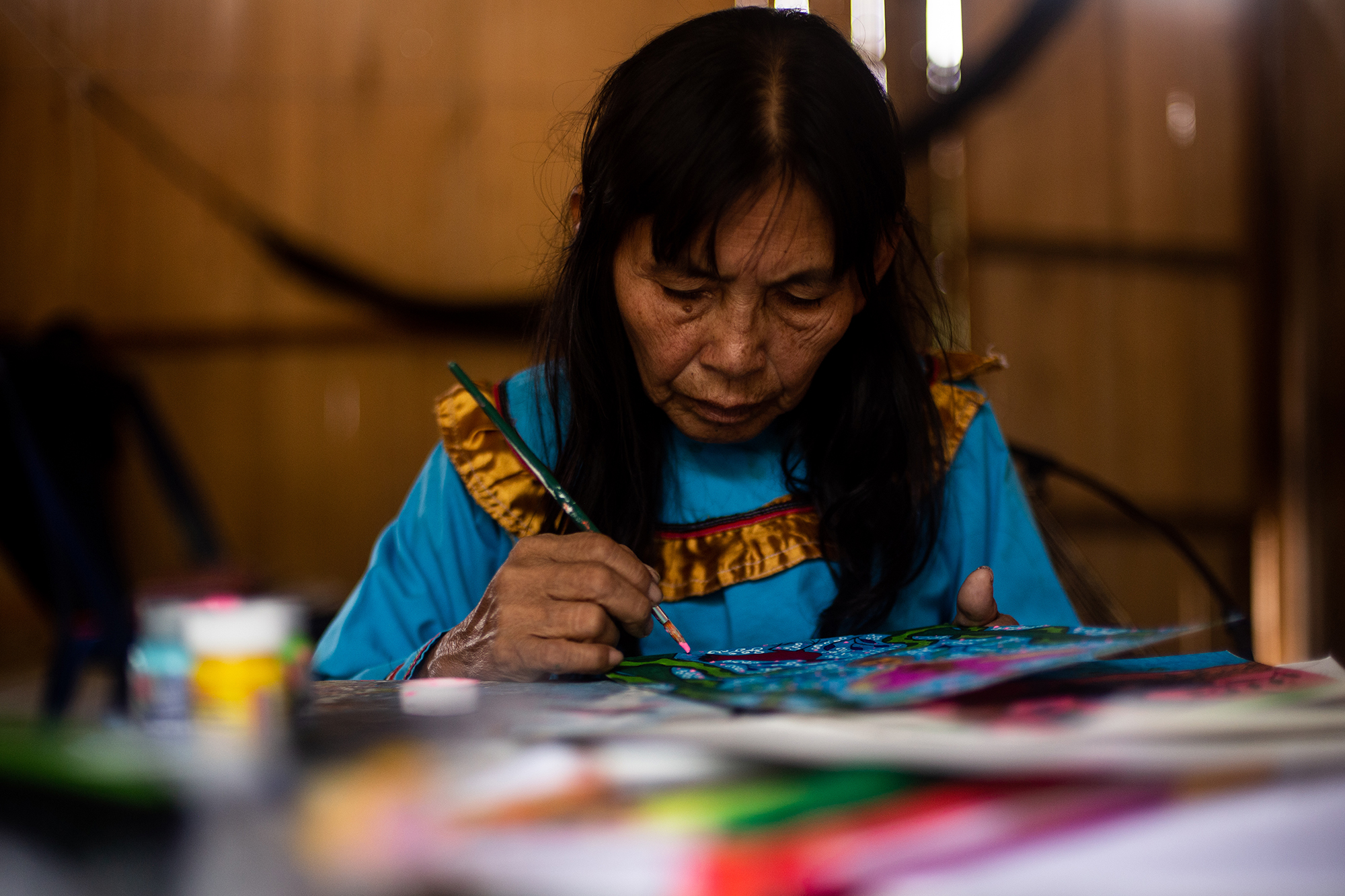 Melanie Dizon
July 16, 2021
Pecon Quena paints hundreds of stories about the anthropomorphic spirits in charge of protecting the animals, plants and even the rocks of the Shipibo-Konibo world.

On display are an assortment of paintings depicting the unique world of Pecon Quena’s “dueños” and framed photography by Tui Anandi. The works are hung from yarn and wood clips, inspired by her workshop where the playfulness and the power of the characters come to life. Each represent animals and plants together with their spirits; yoshín (a bad spirit) or íbo (a good spirit). She learned of the nature of the dueños through her grandparents who first told her that in order for one to heal oneself or to make something, one must ask permission from the plant spirits and in turn they offer you their water. In between 2004-2007 she made a dieta with two mother plants; paico and ayahuma, after which she began to paint more and more. The Pecon Quena library of dueños houses over a hundred different characters. In 2014 she began to work with clay to create the dueño characters in three dimensional form.

Her paintings have drawn international recognition and were selected amongst a range of works by other Amazonian artists and artisans for a UNESCO sponsored contest. This new artistic creation, very rich and original, can be seen as that of an artist who has inherited an ancient artistic tradition, an ancient animist culture, and an uncommon talent and imagination.

Lastenia Canayo, also known as Pecon Quena in the language of the Shipibo-Konibo, was born in 1962 and raised in the native community of Roroboya on the banks of the lower Ucayali River. Her name in the Shipibo language, 'the one who calls the colors', refers to her artistic abilities for the ceramic and textile crafts she produces. She currently lives and works from her home in Pucallpa with her mother and children.