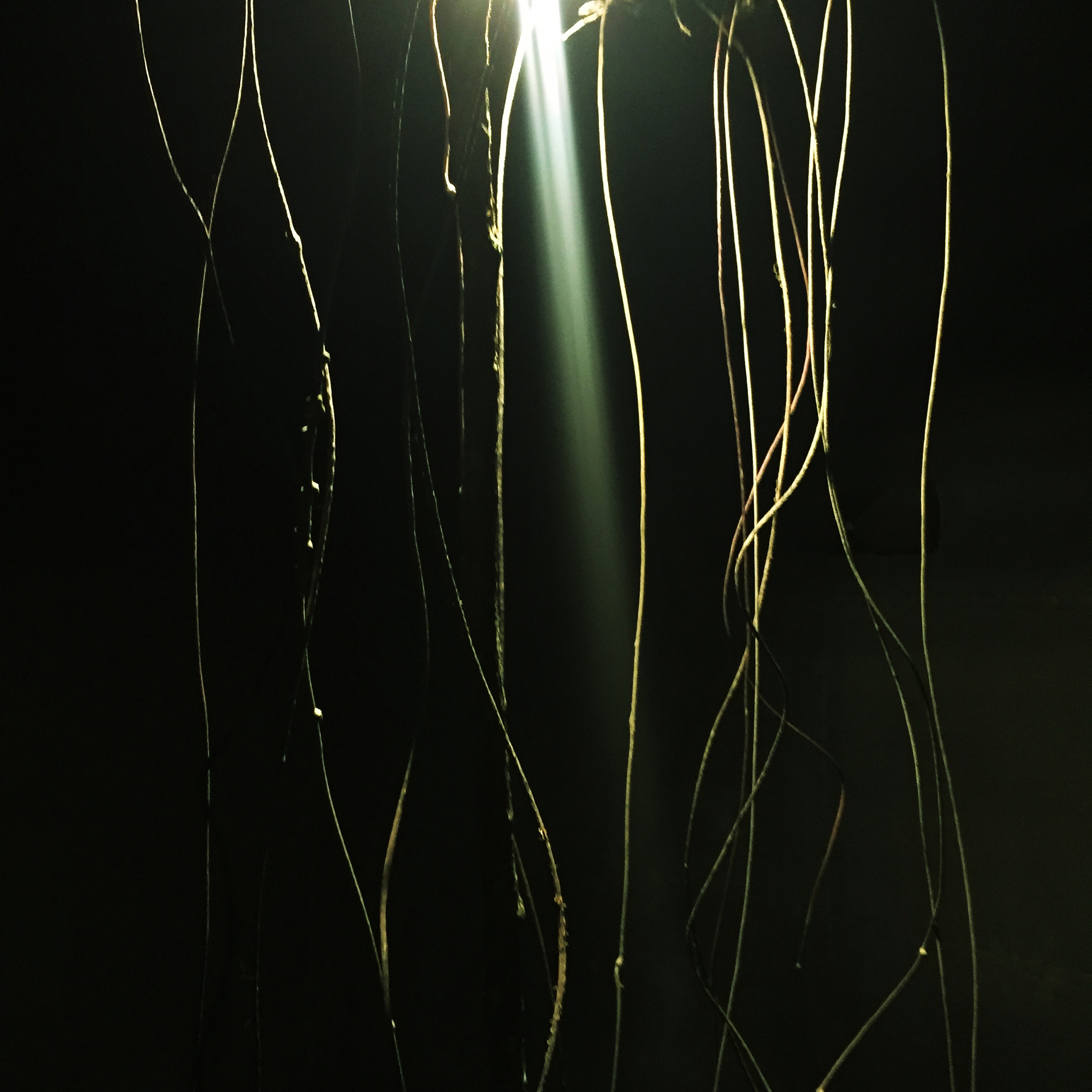 Crafting the Field is a sound series that explores rainforest field recordings from the Peruvian Amazon with artists and indigenous communities. Through collaborations with sound artists and music producers alike, field recorded materials are transformed into electronic ambient soundscapes where the listener can experience the relevance of the rainforest and indigenous culture.

For this series, we introduce the Peruvian sound-artist Nahun Saldaña Macedo. His work reveals the vulnerability of the human being in nature, understanding its impact from sound as a place of resistance from the political, biological and social sphere.

On October 9, 2021, at the closing of his exhibition “The Ashaninka Sound Weaponry”, Nahun performed a live sound piece at Xapiri Ground, inspired by the whistles and, sound signals, used by the Ashaninka during a tragic period in their history. These codes that they designed from the imitation of nature, specifically birds, were one of their strategic weapons to expel the terrorists from their territories, since the latter, due to their ignorance of the environment, did not recognize them as human sounds.

This piece was prepared in retrospective; that after the live session, will remain as a unique and one-time performance work. The sound piece is made up of three main components which transition and try to tell a story, just as the Ashanínkas told it to us.

Immersion: From the recordings made in the Ubusillo sector in the high jungle of San Martin, Peru, a series of cadences and sound sheets that invade our entire auditory field were developed, composed of many forms of wildlife where the frequencies are sustained to the extent that new creatures appear, such as birds, insects, mammals and among them the whistling that marks the first message of the Ashaninkas. The whistling means. 1) "There is my countryman."

Conflict: Here the conflict begins, marked by consecutive and progressive percussion that sustains the advance of the human organization to synchronize with the warlike objectives of the Ashaninka. Already immersed in this progression, the Ashaninka whistle calls out: 2) "There they are gathered, there are several of them." New percussive elements appear, such as the war tarola and the rattles of walking and guarding, giving rise to the next whistle signal: 3) "Here there are living people." As in every war, life and death are constantly exalted and extrapolated, that is why the heartbeats are manifested in a stronger way, with percussive elements that are complemented by the following message, 4) "Here there are dead people."

Salvation: After death and its recognition there is only salvation, thus the percussions dissipate, sounds submerge into the water, beings come to life again and thus presence, while they are transformed with time, their latencies and their sound morphology constantly changes to reach the most awaited moment manifested by the last whistle of the Ashaninka which means 5) "We are all reunited", it is after this message, and in all its repetitiveness, that everything comes together and transforms into a single signal and a single path, which caresses little by little the essence of the community’s resistance, thus concluding in silence.

Purchase this track on our Bandcamp page.

Nahun Saldaña (b.1989) is a designer, researcher and sound artist based in the Cieneguilla Valley, Peru. His work is focused on revealing the vulnerability of the human being in nature, understanding its impact from sound as a place of resistance from the political, biological and social sphere.

His work has been exhibited in institutions such as Convent San Agustin, Media Struch, Hangar, Mob Lab, Fundación Telefónica and in different Sound Art Festivals.His approach to sound comes from percussion in bands with extreme sounds, experimenting with different styles such as noise, drone and ambient. He has been a drummer and guitarist for Peruvian underground bands such as Ávida, Tefrosis, Rabia, Escarnnio, Thanatophobia, Robin, Paranoia, Cabeza de Perro Atómico, among others.

He is currently discovering the intersections between voice, soundscape and sound ecology with climate change and in sound futures speculation.