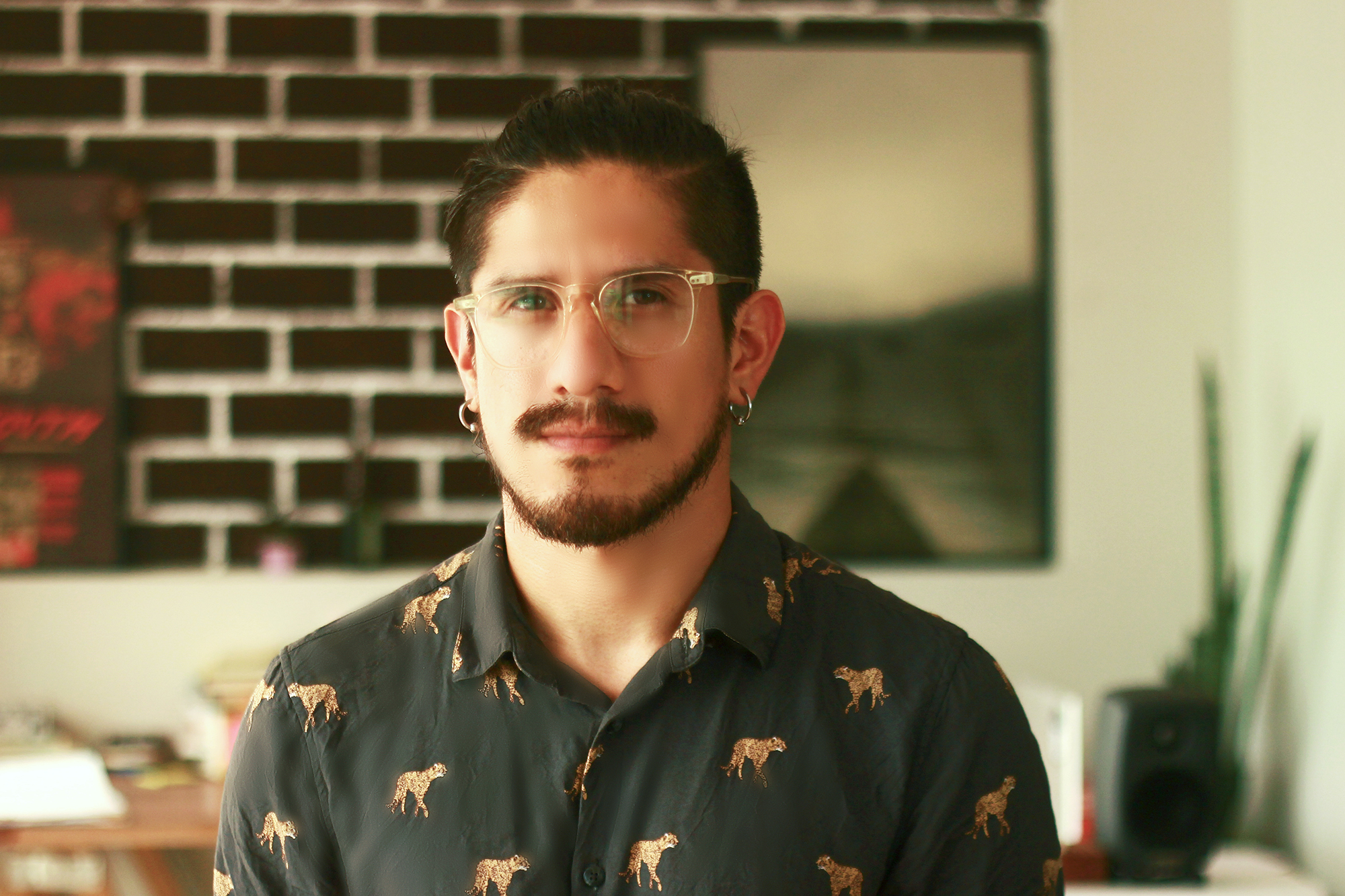 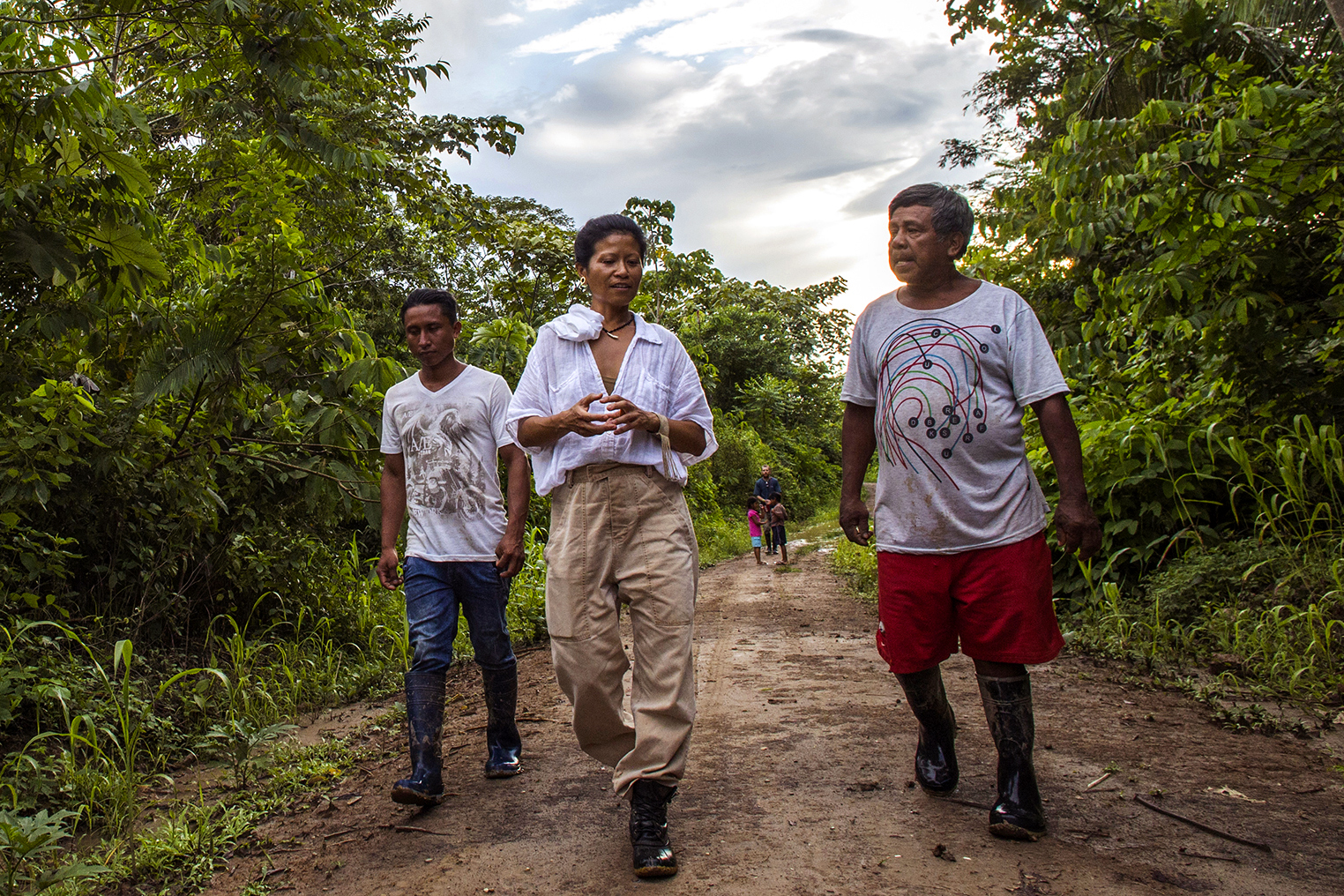 Melanie Dizon
July 19, 2021
We speak with artist Nahun Saldaña Macedo, about the meaning of sound and its relation to his work.

The Amazon or "La Selva', as I call it, is my point of return or inflection. It is home to some of the most beloved people on this planet (my extended family) and the most significant memories of my childhood. The longing for La Selva is combined with respect and curiosity and that is very similar to the bond I have with the communities that live there, such as the Asháninka.

My relationship with them is one of deep admiration and respect. From the west, we have a lot to learn from all the communities that live harmoniously with La Selva, because some of us have not achieved it and one of the aspects that generate more curiosity in me is precisely their ways of listening and making sense of their environment.

What was the inspiration that led you to know and work with the Asháninka resistance sounds?

When I was visiting the Lugar de la Memoria (LUM) in Lima I remember hearing the sound of birds in one of the rooms, when I managed to locate the room, I waited until I heard the sound of the video and to my surprise the explanation came from a man with black glasses (Don Alcides Quinchuya Quinchima) who imitated the sounds that were used at some point as a communication strategy in the resistance to the terrorist invasion in one of the bloodiest episodes in the history of Peru.

I was fascinated with this story and did not stop telling anyone who talked about it, and it was not until I met the concepts of Murray Schafer's Soundscape where I found a way from the West to understand something that may seem only anecdotal from a historical point of view. That is where this little adventure begins.

In your opinion, how can we understand sound as an activist tool to sensitize society on specific issues?

For me, sound is one of the most exciting natural phenomena for its ability to affect us, make us vibrate and transform us in our condition as living beings. In that sense, mobilizing consciousness is an effect that can be used for any objective, even political. That is why I consider it a powerful tool in itself, and even beyond the physical aspects of sound.

The meaning we give to most sounds are closely related to the way we construct and live our reality.  For example, it is not the same to live in a sound environment full of car engines, alarms and human screams compared to a natural environment full of trees and birdsong.

It is not that one is better or worse (apart from the physiological impact), simply that they configure different ways of interpreting silence, noise and even life.

The simple and difficult fact of stopping to contemplate and pay active attention to the sounds that pass through us and vibrate us, is a very important act that I define as authentic activism, because if you live in a society that pushes you to speed, automation and immediate results, doing the opposite is a revolutionary act that starts from you and returns to you. I do not want it to be confused with a passive position of reality, but just the opposite, it is the most active and critical way we have to be present in the reality in which we live.

For all this, the processes that sound implies, such as listening, reproduction, vibrations, other associated components are in their effects the most active mobilization that pushes us to be more vulnerable and therefore to be more critical.

What projects are you currently developing, any related to the Amazon?

There are several research projects that I am exploring in parallel to my way as a designer, I have a pending sound cartography about the last valley of Lima that I am still looking for an ideal place to edit; this one is the most related to the jungle, and the second part of this project that seeks to find the correlations of the sound ecology with the communities that lived in the jungle through the composition of their whistles for example. My projects are still in that exploratory phase where anything can happen and that expectation of surprise continues to stimulate me.

Sound has always been a fundamental part of many indigenous communities around the world, in your opinion and experience, what is the role of sound in the modern world and how does it influence us towards a shift in consciousness?

In my opinion it is fundamental for all types of communities, in the case of the "modern world" where we belong it is no less important. Right now the sound of the keyboard that I make while writing this text configures a state of mind that is associated with my writing at some point. I believe that modernity is mainly characterized by the proliferation of technologies, prosthetics and interfaces in humans (we are one of the animals that create and use all of this the most). This whole ecosystem sonifies and vibrates with us on a daily basis and somehow (I don't know how exactly) shapes something of our consciousness to the extent that it forms part of our habits and mediates our inner world to the outside. In that sense any conscious and unconscious change in that ecosystem will have an impact on our interior, I do not dare to specify in what way and in what form to be understood as a change.

In any case, before making a change I would ask myself what elements I want to change and because, finally, freedom of conscience is perhaps the last thing we should lose or leave in the hands of something that is outside of us. In this sense, and I think this is a more political position, I believe that the freedom of conscience that one has is part of that sense of being present and how it influences what we live, hear and feel in general. Trying to manage it can be a schizophrenic exercise, but that does not detract from the importance of witnessing those sounds as a process to feel alive. 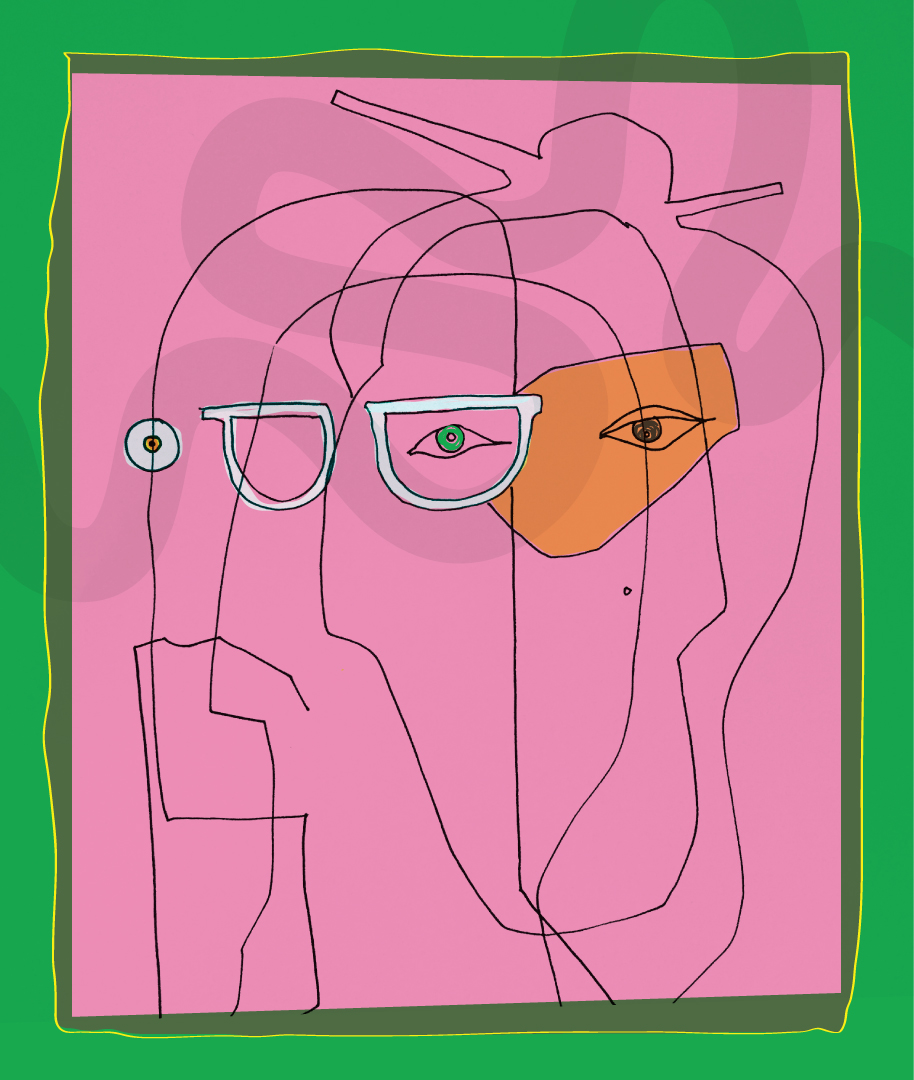